The History of the Gem

The theatre was rebuilt in 1948 and featured a beautiful lobby and 916  seats, including the balcony section. The Gem has been open ever since  and is one of the oldest single-screen movie theatre in continuous operation today. The Gem is also one of only a few movie theatres that offers balcony seating.

Digging Deeper Into the History of The Gem Theatre

Four area theatres operated under the name Towel City Theatres under the management of Walter Powell. 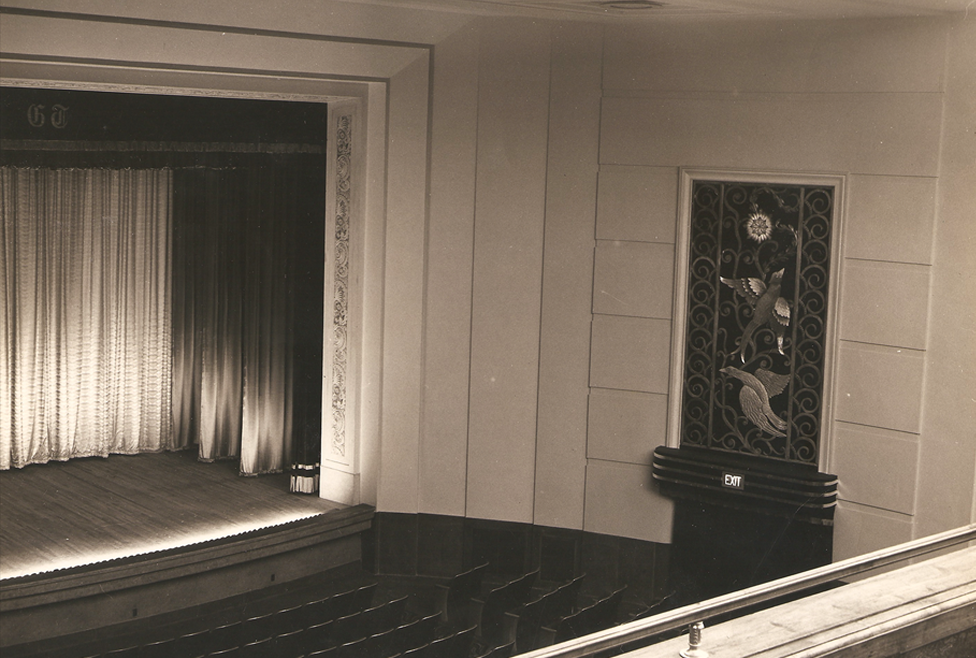 The Gem Theatre
Grand Opening: December 31, 1936
The Gem opened under the management of the Cannon Memorial Young Men’s Christian Association (YMCA). J. T. Fesperman and Bill Powell were placed in charge of the new theatre. The Gem was built by Cannon Mills Company on West First Street to replace the YMCA theatre, which had burned in 1936. Drawings recovered from the former Cannon Mills engineering department show the original theater was designed by Marion R. Marsh. Following the traditional "picture palace" theater construction during this time, the Gem received single screen picture palace status and was designed in Art Deco style. The Gem was one of many amenities built in Kannapolis for Cannon Mills employees and exemplifies the influance of a mill company town from employment to recreation.
Seating Capacity: 900
Opening Picture: “Can This Be Dixie,” starring Jane Withers

The Palace Theatre
Grand Opening: May 20, 1938
Seating Capacity: 350
Opening Picture: “Round-Up Time in Texas” with Gene Autry
Admission was 10 cents for children and 20 cents for adults.

The Dixie Theatre
Grand Opening: June 12, 1939
Seating Capacity: 544
Opening Picture: “Code of the Street,” starring the Little Tough Guys. Also the first chapter (1 of 15 chapters) of “The Oregon Trail” with John Mack Brown.
Admission was 10 cents for children and 15 cents for adults.

A fire of unknown origin gutted the back section of the Gem Theatre on February 21, 1942. Only the front part of the building including the facade was saved along with the projection room upstairs. Due to World War II, materials were not available to rebuild; however, the concession stand area was used for the distribution of ration coupons. Cannon Mills Company, who owned the property, had it rebuilt with an opening date of Monday, March 15, 1948.  Architect Charles Benton of Wilson was hired to design the rehabilitation of the theater and early reports and plans suggested a re-design of the facade to Williamsburg-inspired Colonial Revival style. However, the original facade was retained and Benton's work was limited to the auditorium, balcony, stage areas and some aspects of the lobbies. Benton stayed in the Art Deco Mode for his contributions to the building including the curved walls in the upper lobby at the restrooms and large panels of exotic birds over the fire exits in the auditorium. The opening picture was “You Were Meant for Me,” featuring Jeanne Crain and Dan Dailey. Admission was 12 cents for children and 40 cents for adults, tax included. The formal opening of the rebuilt Gem Theatre was held on Sunday, March 28, 1948. 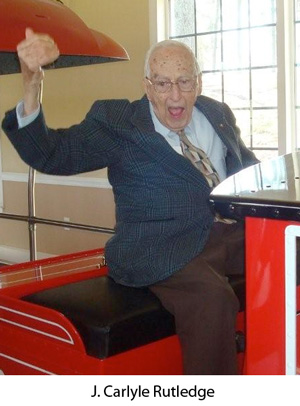 During the 1940s and early 1950s, traveling stage shows were scheduled. Outstanding performers included Roy Rogers and Trigger; Horace Heidt Show; Tex Ritter; Lash LaRue; Fred Kirby; Jimmy Dickens and Grand Ole Opry; Cannonball and His Country Cousins; and many others. The performances were then followed by a movie. In order to accommodate the community workers on second shift, early stage shows and movies were also scheduled.

In the early 1950s, Hollywood introduced the wide screen; and the Gem Theatre, like other theatres across the country, replaced its small screens that rolled down from the ceiling with larger screens in 1953. The big screen took up half the depth of the stage, which is 24 x 60 feet. Stereophonic sound was also added. 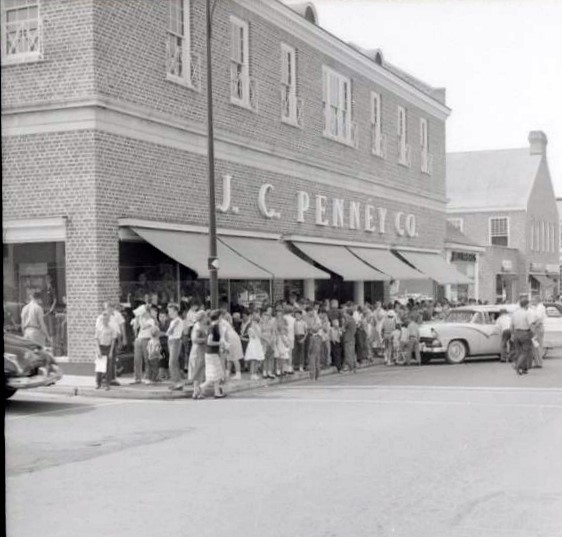 Nearly 1,200 boys and girls showed up on Friday, August 19, 1960 for the Back-to-School movie party put on by J.C. Penney Co. and the Gem Theatre. They gathered at Penney's and the line extended around the "B" street corner almost to Main Street. The youngsters were provided free tickets by Penney's to see "Three Stooges" and "Little Rascals" comedies and the full-length feature, "Gypsy Colt" starring Ward Bond. This was an annual promotion between J. C. Penney Co. and the Towel City Theatres. (Photo by Earl Graham.)

Three of Four Towel City Theatres Shut Down
Due to business conditions, The Dixie Theatre (now known as The Table Supply Store) closed on May 31, 1957 after the showing of its two movies.

The Palace Theatre (now a funeral home located across from Kannapolis Middle School) closed in the fall of 1969.

The Swanee Theatre (now Cannon Village Visitor Center) closed on December 31, 1971 after the showing of its two movies.

During this time, the Gem was charging $3 admission and showing first-run movies. In 1976, a movie theatre opened in a nearby community, thereby challenging management to look for alternatives. The Gem then converted to a $1-a-show format, which bolstered its business. In April 1988, Charles McKinley, Jr. began as an assistant manager at the Gem Theatre.

Throughout the years, the Gem, Palace, Dixie, and Swanee Theatres served the community by bringing affordable entertainment through its stage shows and movies to the people in Kannapolis and surrounding counties.

Records indicate that The Gem Theatre has been a good corporate citizen by involvement through service and contributions to the many fine community organizations, churches and schools as well as cooperating with other corporate citizens.

As a tribute to its history, the Gem Theatre is listed on page 158 in “The Historic Architecture of Cabarrus County, North Carolina,” written by Peter Kaplan.

Following the retirement of Julian K. Whitley and the resignation of assistant manager Charles McKinley, Jr., the board of directors employed assistant managers Paul F. Settlemeyer (June 24, 1991 to 1993) and William Byrd (September 8, 1993 – Died on January 28, 1994).

Norman Whisnant joined the Gem Theatre as manager from February through July of 1995. 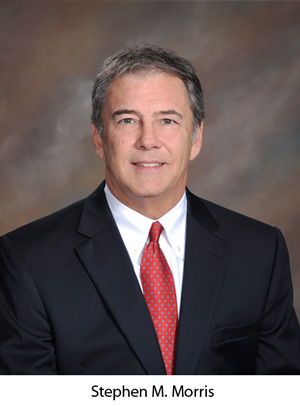 Stephen M. Morris began at the Gem Theatre on Monday, July 24, 1995 as vice-president and general manager and as a part-owner. Under his management, the theatre has continued to prosper and is still being used throughout the year for community functions.

Improvements in 1997 in the lobby and upstairs areas have greatly enhanced the décor of the interior of the Gem Theatre while preserving the traditional late period "picture palace" theater Art Deco style.  The concession area was also renovated to offer better and quicker service to the theatre’s customers.

The Gem continues to be recognized as a historical landmark and as a “Gem of a Showplace” in Kannapolis, North Carolina. The NC State Historic Preservation Office officially listed the Gem Theatre on the National Register of Historic Places on August 26, 2019. The nomination can be viewed at: https://files.nc.gov/ncdcr/nr/CA0262.pdf