Kannapolis, NC – May 15, 2015 - The Gem Theatre in Kannapolis, NC has been selected by Walt Disney Films and “Tomorrowland” movie director Brad Bird as one of 15 nationwide “Iconic Movie Palaces” that will premiere “Tomorrowland” on Thursday, May 21, 2015 at 7:00 pm. Only five of the movie palaces are on the east coast, including 2 in New York, Washington DC, Baltimore and our very own Kannapolis, NC. 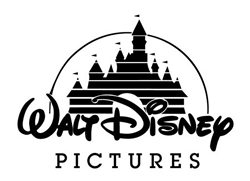 The Gem will be celebrating this designation by having special movie swag and ticket giveaways on Thursday night. All attendees are encouraged to use #GemNC on their favorite social media platform to show their support for the local theatre as these premieres take place nationwide.

The Gem Theatre originally opened on December 31, 1936. A few years later, in 1942, The Gem Theatre was gutted by fire and the theatre was reduced to ashes. The theatre was rebuilt in 1948 and featured a beautiful lobby and 916 seats, including the balcony section. The Gem has been open ever since and is one of the oldest single-screen movie theatre in continuous operation today. The Gem is also one of only a few movie theatres that offers balcony seating.

From Disney comes two-time Oscar® winner Brad Bird‘s riveting, mystery adventure Tomorrowland, starring Academy Award® winner George Clooney. Bound by a shared destiny, former boy-genius Frank (Clooney), jaded by disillusionment, and Casey (Britt Robertson), a bright, optimistic teen bursting with scientific curiosity, embark on a danger-filled mission to unearth the secrets of an enigmatic place somewhere in time and space known only as “Tomorrowland.” What they must do there changes the world—and them—forever.

Featuring a screenplay by Lost writer and co-creator Damon Lindelof and Brad Bird, from a story by Lindelof & Bird & Jeff Jensen, Tomorrowland promises to take audiences on a thrill ride of nonstop adventures through new dimensions that have only been dreamed of.